Bipolar Disorder: What You Need to Know About It

BlogBipolar Disorder: What You Need to Know About It

Bipolar Disorder: What You Need to Know About It

In the past decade, there has been a lot of efforts made by experts, celebrities, and even TV shows and movies to bring attention to the cause and normalize the conversation surrounding mental health. However, they continue fighting decades of stigma, misinformation, and inaccurate portrayals in pop-culture.

With increasing awareness and a rise in the number of diagnoses taking place, it is important to take time to understand the mental disorders and how to deal with them. Every year, about 45 million people are colored with bipolar disorder worldwide. Yet, there is very little information available for people who want to understand what having bipolar disorder means.

Many notable personalities and celebrities with bipolar disorder have come forward to talk about the issue and to draw attention to the lack of research and resources for all those who struggle with the condition. These names include the likes of Mariah Carrie, Demi Lovato, Russell Brand, and Kanye West.

So what is Bipolar Disorder? 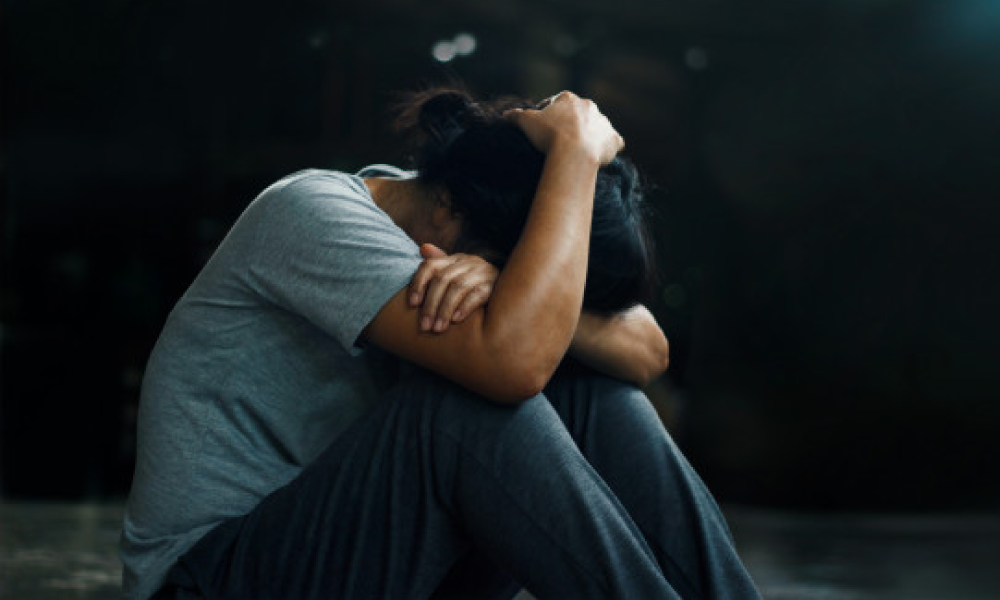 Bipolar Disorder is a mental disorder that is characterized by sudden and sometimes drastic mood swings, energy, and activity levels. The mood swings range from manic highs to depressive lows and it tends to affect the day to day functioning of any individual who suffers from it. Due to the presence of manic episodes or ‘highs’, bipolar disorder tends to remain undiagnosed and patients take time to identify their behavior and seek help.

While the exact reason for the symptoms of bipolar disorder is unknown, studies suggest that there is some correlation with genetic factors. Genetic factors account for 60 to 80 percent of the cause of bipolarity. Other factors such as environment, substance abuse, and chemistry also play a role in causing bipolarity.

What are Bipolar Disorder Symptoms?

Symptoms of a depressive episode include low motivation and energy, loss of interest in everyday activities, suicidal ideation, and recurrent thoughts of death.

What are the types of Bipolar Disorder?

It is a common misconception that bipolarity is limited to mood swings and that they are drastic. Depending on the type, bipolar disorder symptoms may vary from person to person. Here are four different types of bipolar disorder- 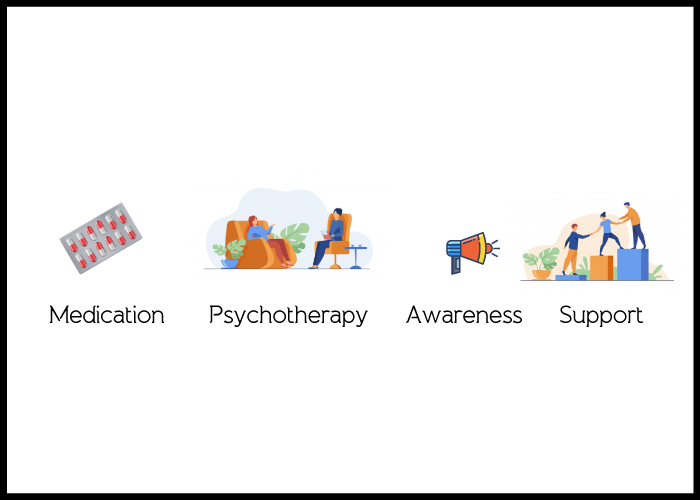 The symptoms and treatment for bipolar disorder varies from person to person, and they may include one or more of the following methods-

How to help someone struggling with Bipolar Disorder?

There are several ways you can support your loved ones who are struggling with this debilitating condition. Making sure you understand the condition and the impact it has on their daily life is a big step towards being helpful. Asking them what they need from you, helping them notice mood shifts and to make an effort to help them get through their depressive phase.

You can also help them through a manic phase by helping them make a rational decision by asking them to reason or justify their decisions and to positivity push them to introspect may help them deal with their condition with greater ease.

If someone around you is suffering from one or more of these symptoms and you suspect they have bipolar disorder, reach out to a professional, and seek help.

It is possible to lead a healthy and happy life despite the presence of Bipolar condition. Take action today.